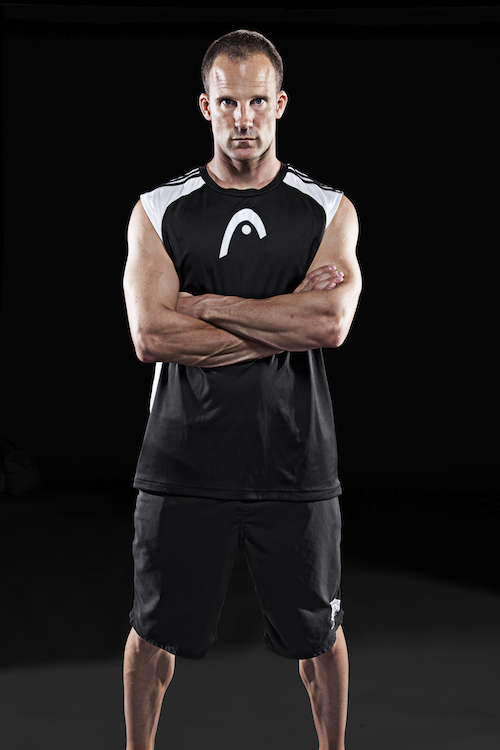 The “Golden Boy” of Racquetball

Rocky holds the record for most National Indoor Singles and National Doubles Championship titles held since the beginning of racquetball, 5 time champion. He is currently ranked number 2 on the International Racquetball Tour. During the 2007-2008 International Racquetball Tour season, he obtained the number 1 ranking in the world. Not only has Rocky become the most versatile player the sport has ever had, he has also become the most marketable athlete racquetball has. His dynamic personality and love of the game has allowed him to become the most recognizable name in the game.

In August 2012, Rocky not only won the International Racquetball Federation World Championship in the Dominican Republic on team USA, he also helped the USA team capture gold. Rocky has won numerous Junior, National, International, and Professional Titles. Rocky will be featured on millions of Head product this year (2012). His face will cover all Head high end racquets and Penn racquetballs. Rocky not only loves playing the game but is involved in several programs sharing his passion for the sport. Rocky is involved in numerous junior programs and adult and junior camps around the United States.

Off the court you can find Rocky at the beach surfing in Orange County, where he lives, or spending time with his wife Jennifer and their two children Jasmine Marie and Christian Luke, and their dogs Prince and Tony.